Keep the Paws Off These Halloween Treats! 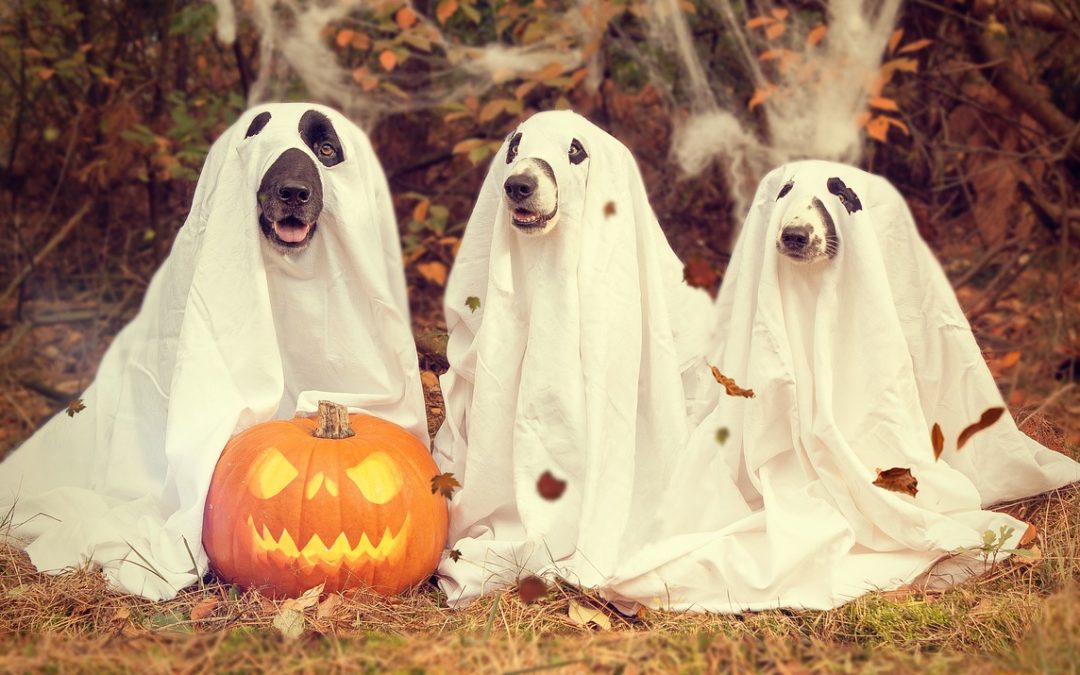 Keep the paws off these Halloween treats!

As the bags and buckets of treats are poured out on the carpet by the kids on Halloween, it’s easy for things to get lost under their bed and swept under the couch. This can be bad news if you have pups running around the house that don’t know any better. We want you to know the dangers that these Halloween goodies can pose to your furry friends to ensure that your dogs remain out of harm’s way.

Candy: Tons of different candies and gums, especially ones that claim to be sugar-free, are sweetened using a sugar substitute known as xylitol. While it isn’t harmful to humans, dogs can develop serious issues in a short period of time after ingestion. When dogs eat xylitol, it is absorbed much quicker in dogs than people, which can result in a very potent release of insulin from the pancreas. This can lead to a significant drop in blood sugar levels, known as hypoglycemia. If not treated urgently, this condition can be life-threatening.

Chocolate: In regard to our four-legged friends, the toxic component within chocolate is known as theobromine. It’s easy for humans to metabolize theobromine, but dogs process it much more slowly, allowing it to build up to toxic levels in their system. Ingesting too much chocolate, especially dark chocolates, can lead to muscle tremors, seizures, an irregular heartbeat, internal bleeding or a heart attack. While larger dogs are typically less prone to complications from ingesting chocolate than smaller dogs, it should still be kept far away from them.

Baked Goods: While some people enjoy giving their dogs the rest of the cookie or slice of cake, it’s important that you know why this can be potentially dangerous for your pup. Similar to candy, many baked goods are made with xylitol for sweetening. Additionally, some baked goods may contain caffeine, such as coffee-based pastries. Caffeine is a cousin chemical to theobromine and can also have potentially lethal effects on your pups. All in all, it’s recommended that the majority of baked goods are kept away from your dogs to eliminate the chance of health issues.

If you know your dog has consumed any of the goodies above, it’s important that you take them to the closest veterinarian to receive a professional evaluation on their condition. You may also call ASPCA Poison Control ((888) 426-4435) for further information. Symptoms may sometimes be delayed or unnoticed until it’s too late. While every situation and dog is different, it’s better to be safe than sorry by keeping all of these Halloween treats away from places that your dogs can reach them.