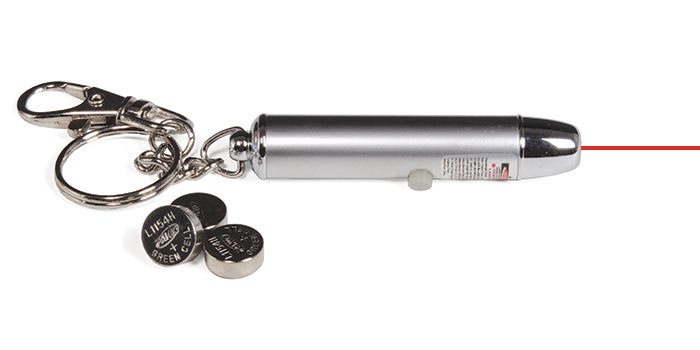 Laser pointers may initially seem like a great way to exercise your dog. Unfortunately, they can cause serious problems for their future. We’ve all seen the videos of dogs (and cats) chasing that elusive red dot. You may have even done it with your pup. While we’re providing a few minutes of entertainment, they meet with an enormous amount of frustration. They can never be successful.

Why are laser pointers unhealthy?

After playing like this, dogs can easily become obsessed over lights, reflections, and even shadows. This type of OCD behavior is based on their frustration. It also seems to change the neurology of the brain. Dogs become obsessed over reflections. They may chase everything from your watch on the wall or light shining through glass doors. They are constantly on the lookout for anything that is similarly reflective.

The constant watchfulness becomes a neurotic and obsessive behavior, and a very unhappy way of being. I have also found that it is difficult, if not impossible, to reverse. Something gets switched on in the brain and becomes perpetual.

High-energy dogs and dogs with high prey drive are more susceptible to this condition. However, it can happen in all dogs. I once performed a home consultation with five dogs in the household. The family had been using a laser pointer as an outlet for perceived exercise for the entire pack. Four of the five dogs were suffering from the syndrome.

Instead of relying on artificial stimulation by using a toy made for humans as an outlet for exercise, try walking, running, and hiking to both mentally and physically exercise your dog. You might enjoy it too. High-energy dogs will especially benefit from the great outdoors and the natural stimulation and relaxation that comes with it.

While there has not been an official or medical study done on this type of syndrome in dogs, I have years of experience telling me that there is almost always an adverse effect after prolonged use of the laser pointer. If you’re curious to hear other perspectives, Google “laser pointer syndrome in dogs” and read through many of the other observations and opinions of other professionals.